23 - 28
23-28
ATS
25-21
O/U
3
PPG
3
OPPG
Chicago Blackhawks vs. Minnesota Wild NHL: Tuesday, February 1, 2020 at 8:00 PM EST
The Blackhawks won their first game after the All-Star break and while they lost their previous game they have won six of their last seven games. Their recent streak has gotten them to the middle of the pack in the Western Conference and they are four points clear of the Wild. Chicago has played well on both sides of the ice in their last seven games especially on defense where they have given up more than two goals only once.
The Wild may have been a little lethargic after the break, as they were throttled in their last game. They have lost two of their last three games wherein the two losses they gave up 11 goals. Minnesota has lost eight of their last 12 games and they have the fourth-fewest points in the West. In the lone game between these teams this season, which was in Chicago, the Blackhawks beat the Wild 5-3.

The Blackhawks were on the road in their last game beating the Arizona Coyotes 3-2 in a shootout where Patrick Kane extended his scoring streak to 11 games. 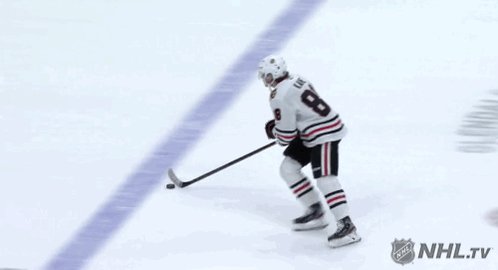 1,019 people are talking about this


Brandon Saad scored both goals for Chicago, Kane scored in the shootout, and Carl Crawford (10-13-2 2.91 GAA) had a good game in between the pipes stopping a season-high 40 shots. Robin Lehner (15-8-4 2.86 GAA) may get the start against the Wild and he had given up two goals in three straight games, all wins, before giving up four goals in a loss in his last start.
Kane leads the Blackhawks in points, goals, and assists. He has not only registered a point in his last 12 games but has three goals and four assists in his last five games. Dominik Kubalik ranks second on the team with 21 goals and while not registering a point in his last two games he has three goals and an assist in his last five games. On the season Chicago is 13-9-3 on the road where they have won their last four games.
Not the Best Showing to Start Second Half
In their first game after the break in their last one, the Wild were at home and were crushed losing 6-1. They were outshot 34-26 and gave up three goals in the second period. Mats Zuccarello scored the lone goal for Minnesota in the loss and Devan Dubnyk (9-13-2 3.40 GAA) was lit up giving up six goals on 34 shots. He has given up at least six goals in two of his last three starts and he or Alex Stalock (11-8-3 2.93 GAA), who gave up five goals in his last start, will get the start against the Blackhawks.

Zach Parise leads the team with only 19 goals, and he had lit the lamp in three straight games before failing to do so in his last two games. Eric Staal leads the team in points, and he has a goal and four assists in his last five games. Minnesota is 14-7-4 at home on the season and they have lost their last four games facing Chicago.